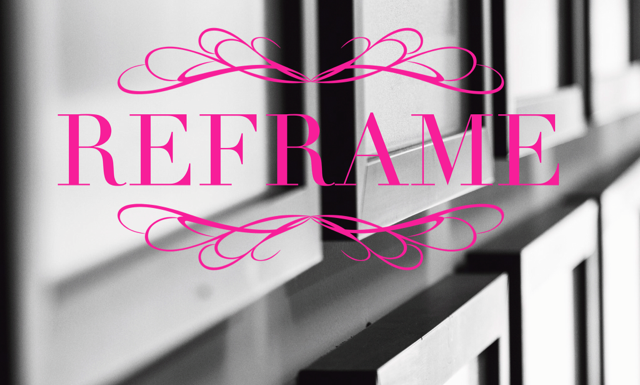 The balancing act between my cellphone, handbag and a food tray had failed. As items went flying, leaving my clothes soiled and my attitude on acid, it occurred to me at that exact moment that this was indicative of my entire day.
Earlier, the copier at my job had failed as I worked under deadline followed by a malfunctioning iPhone that froze on the voicemail screen. Medicine for an illness was providing little to no relief, making it difficult to perform even the slightest physical task. Hence, the reason why my earnest attempt after a long, trying day to “get somewhere and sit down,” as my grandmother would so often say, also failed. When I tried to settle down on the sofa with comfort food, my belongings and the TV remote, it all came crashing down. Adding insult to injury, the cable box wasn’t responding (and my bill was paid)! I cursed what felt like a curse. A moment of self-pity brought on a pouty prayer.
“Lord, I just feel beat up by the world! Nothing has gone right today! Absolutely nothing!”
Breathe, I said to myself. Then I tried to reframe and instead look at my current situation through a different filter.
That “absolutely nothing” part simply wasn’t true. I ran down my “reframe checklist.” I had made it to work safely that morning. I even lived to see the end of my work day. My ailment could be addressed with mere medicine. When the cable man showed up the next day, it turned out to be a fixable problem. However, there are problems, dilemmas and quandaries with no quick fix. This writer isn’t saying just think of sunshine on a rainy day, and sunshine will appear. No, it’s far more intentional than that.   There are people waging war against their life’s circumstances every single day—without relief.
Imagine the person working three jobs to make ends meet, the person with a terminal illness, a person trapped in a toxic relationship, or a person fighting back from a setback only to get knocked down again. Over and over again, the picture doesn’t change. That’s when we do. Come what may, no matter how the picture looks over time, we have to reframe. We can only control what we can control. Sometimes the only way to surrender is to see things differently.
Though the fig tree may not blossom, Nor fruit be on the vines; Though the labor of the olive may fail, And the fields yield no food; Though the flock may be cut off from the fold, And there be no herd in the stalls— Yet I will rejoice in the Lord. (Habakkuk 3:17-18 NKJV)
In spite of fruitless efforts, in spite of failure, in spite of lack, in spite of isolation, in spite of little to no gain, the picture is reframed. The situation is dire and what the speaker is witnessing in this verse doesn’t change, but he does. One of the best sermons I ever heard was built on this short Scripture. Here, the word “though” is repeated over and over again. Meditate on it and it begins to resonate in the spirit. Reframing takes practice. Weather enough disappointment, make reframing a goal each time, and it will become second nature. Things that used to upset you won’t even bother you anymore. People who use to annoy you won’t even ping on your radar. When bad things happen or a bad day takes the reigns, reframe. 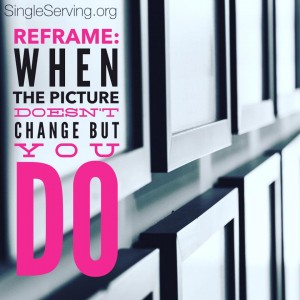