By: Tamara Gibbs
In: Who's Behind You?
Tagged: betrayal, breakup, christianity, faith, friends, friendship, love, naomi, Psalm 55, Ruth
With: 0 Comments 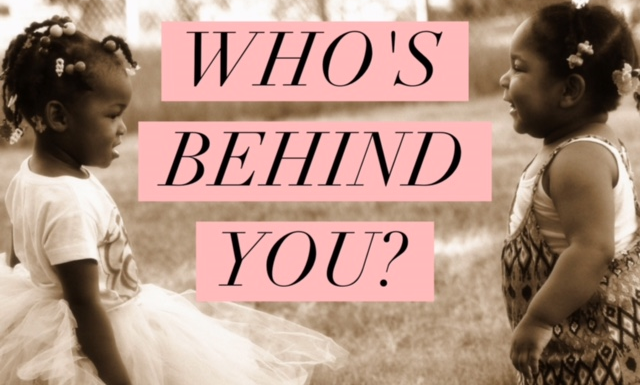 Live long enough and you’ll lose a friend or two—maybe even three or four along your journey. Just like the fickleness of children at recess, people grow in different directions; they have a right to change. Sometimes friendship just comes down to a reason and a season.

But, then there are the reasons that lead to an unfortunate outcome – the breaking of a bond with someone you once considered a best friend. More so than disappointment, there’s that undeniable sting that comes with the feeling of betrayal. After a fallen friendship, I’ve taken great comfort in Psalm 55, and these honest verses that acknowledge a wound at the hand of a bestie runs deep:

If an enemy were insulting me, I could endure it; if a foe were rising against me, I could hide. But it is you, a man like myself, my companion, my close friend, with whom I once enjoyed sweet fellowship at the house of God as we walked about among the worshippers. (Psalm 55:12-14)

Ouch! As I grow older, I pay closer attention to friendships in the Bible, and I’m even more observant of my own. Are my companions loyal like David and Jonathan (1 Samuel 18:3), loving like Ruth and Naomi (Ruth 1:16 ) and life-giving like Mordecai and Esther? I know, the latter is an unlikely comparison considering Mordecai is Esther’s cousin, her adoptive father. He’s also her greatest ally and friend. He cheers for her and watches over her from the sidelines; he encourages her in a difficult situation. When we recite Esther’s famous line, “if I perish, I perish” (Esther 4:16) we mustn’t forget who helped her get to that place of bold courage. It was Mordecai who declared, “for such a time as this.”

He encouraged her to save herself, and her people from imminent death. Everyone needs a Mordecai or two or three –even four if you’re lucky! Everyone needs a tried and true team. Mordecai kept Esther’s Jewish heritage in the strictest of confidence, and when the time was right, he also told her what she needed to hear. Now that’s a real friend. They’ll hold your secrets and yet they’re not afraid to tell you the truth. As you find favor and achieve success, they’re too busy cheering for you to waste time in envy of you.

As I prepare to publish my first book, the editing process can create a bit of fear and self-doubt. Recently, an email from a potential publisher made me reconsider my plan. That is until my Mordecai knew exactly what to say to help me shed my doubt and insecurities. This particular friend is as fiercely loyal as she is honest. She’s not in the business of just telling me what I want to hear. I intentionally avoid surrounding myself with hero-worshippers. Instead, she said to me in a text message, “It’s great to get feedback. However, you have to write the message God called you to write. It will reach His intended audience. I’m always here for you.”  Throw in a heart and a praying hand emoji and what do you know? Those words made me go in search of the book that inspired my writing. My bold courage returned; my plan continues to move forward and if I perish, well, I publish and perish!

A friendship breakup or betrayal can leave you looking over your shoulder, checking for the enemy in your side view mirror.  With a genuine friend, you never have to wonder where they stand. You never have to wonder who’s behind you because you can feel their hand gently nudging you, sometimes pushing you along as they’re praying for you or even fasting for you. Now that’s a real friend who loves at all times (Proverbs 17:17). That’s the kind of friend we should all strive to be. If you’re not standing behind someone then you are the only one you’re standing for. What a lonely place to be. 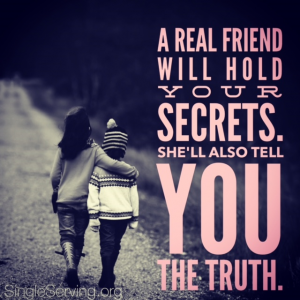