About Tamara B. Gibbs

Tamara B. Gibbs is th 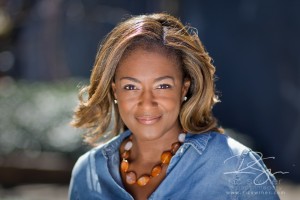 e founder and creator of Single Serving for Single Women™.

Scripture says singles are to serve, to delight in the Lord while they wait. While the waiting is hard, it is not in vain. There are lessons to be learned, survival skills, and spiritual muscle to be developed during the season of singleness.

There are 109 million unmarried people in the U.S. More than half are single women. One of Tamara’s proudest achievement is the creation of a Christian digital ministry targeting single women. Born out of her desire to encourage herself, Single Serving for Single Women offers original, visually engaging daily inspirational quotes to its growing fan base on social media. The digital ministry serves up #MorningPrayer social media posts and Scripture along with a weekly Blog Series.

In the newly released Single Serving for Single Women: A Fifty Day Devotional, Tamara B. Gibbs is willing to walk in faith with her readers. The broadcast journalist turned author shares her trials, triumphs, laughter and misadventures as a single career woman holding fast to her faith while accepting the reality of the single woman’s journey.

The Emmy-nominated journalist turned author defines herself as a believer, speaker, writer, and teacher. She is committed to helping women love, honor and cherish themselves in their single woman’s journey.

After 16 years as a broadcast journalist in the Raleigh-Durham market, Tamara is a familiar face in Central North Carolina. She traded in her reporter notepad and pen in pursuit of a change in pace, and the chance to speak and write out loud for God.  As an accomplished journalist for more than 20 years, she’s delivered credible news coverage on major events affecting North Carolinians. A few of her most notable assignments included President Barack Obama’s Inauguration, the controversy surrounding Attorney General Loretta Lynch’s confirmation, the passing of Maya Angelou, Hurricanes Sandy and Irene, the federal political fraud trial of former presidential candidate John Edwards, and the Duke Lacrosse Case.

The Southern Illinois native now considers North Carolina home as her backyard garden will attest. Tamara grows where God plants her. In addition to content strategist for a North Carolina-based PR and Marketing agency, she is an adjunct professor and the co-producer of an upcoming documentary entitled American Neighbor produced by Front Runner Productions. The feature film will explore the role of faith in the fatal shoo 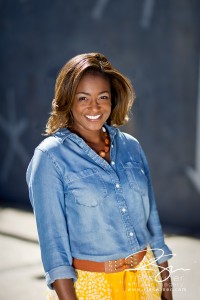